I watched the Golden Globes tonight mostly because I have a strong desire to be friends with both Tina Fey and Amy Poehler. And also because I like to gawk at beautiful dresses I'll probably never have an excuse to wear in my own life. I have a strong desire to see a lot of the films nominated, but my attention span doesn't allow me to sit for movies very often. I like to be doing multiple things at once and television is a better medium for perpetual multi-tasking. 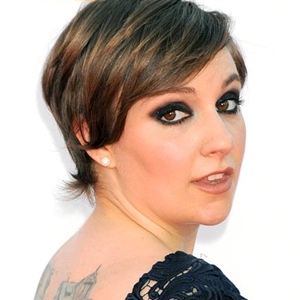 So really, it should come as no surprise that I get most excited about the TV portion of the night. And when Lena Dunham won all of her awards for Girls, I eagerly shouted my praise (even though I think Amy Poehler always gets robbed).

Obviously Girls is a polarizing show. In fact, I HATED it until I was past episode three. So many of the characters are whiny, too spoiled, too lazy, and occasionally too vapid to find anything redeeming right away. But I got hooked, and found myself relating to Girls characters more than I ever thought possible considering my parents could only afford to support me floating around in my 20s in their wildest dreams. I believe in hard work, and putting forth effort, and not being a total jackass. But I also believe that sometimes it has hard to get ahead. And because Lena Dunham can write about this oh so well, and so much more, I am a fan.


So you may not like the show, and I get it, it's not for everyone. But in the very least, admire the strong, independent, intelligent woman who is making it.

Posted by BrassyLibrarian at 11:43 PM