It's probably no surprise as a librarian that I fall in love with fictional characters. My main form of entertainment is engrossing myself in fictional worlds. My ultimate book boyfriend? Marc Darcy, the updated version of Mr. Darcy of Pride and Prejudice from Bridget Jones' Diary. There are others too but as I sit here and think about them, I'm thinking this should probably be its own blog post.

So when my good friend Brenna posed the question "Which TV character would you like to date?" I was there with a list of answers. Brenna and I regularly pick apart the storyline of How I Met Your Mother with precision every week and go back and forth on the merits of Ted Mosby. And our friends have sent more emails than I can count over the last year regarding the men of Friday Night Lights. That any of us have TV Boyfriends is no surprise.

So what started out as a poll between friends grew to a bracket of 16 and then well....into this madness of 64 ultimate TV Boyfriends throughout time.

You've got the Men Who Get Shit Done vs. those Hopeless Romantics. And Nice Guys vs. the ones who are a Bit Complicated. And it's awesome.

This has been a source of pure joy, hilarity, and excitement since last week when I was bruised and battered and mending. I encourage you (both women and men) to join in on the fun. Voting begins today. Up first are are the Complicated Men. You can cast your vote here and be sure to voice your opinion loud in clear in the comments.

But because I want to persuade my readers to cast votes in favor of my favorite men. I give you my ultimate TV Boyfriend Breakdown. 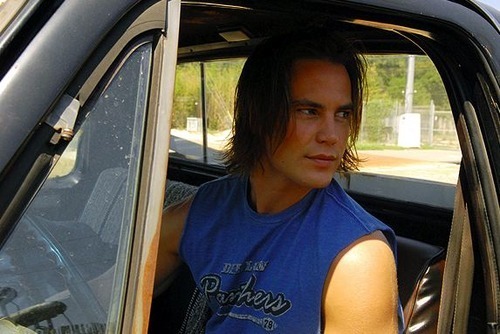 Tim Riggins
He's broken but not beyond repair. He went to jail to cover up for his brother. He loves with all of his heart. He is loyal and just wants to live a simple life. He has seen the dark side and would do all he could to protect you from seeing it too. He loves Texas, Forever. And I'd pack up my belongings and  join him in a state didn't impress me when I visited years ago, if he asked. 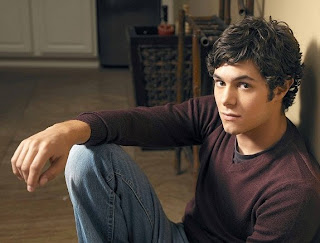 Seth Cohen
Honestly this was the hardest category for me to pick a favorite. Not because I love too many romantics, but because of the opposite. I don't really fall for romantic men in real life or in fictional life. I like elements of romance in my life, but I've never been the girl who was or wanted a Hopeless Romantic. Seth was chosen by default because Ted Mosby often acts without thinking about the consequences of his actions in regards to others. And if I chose Matt Seracen that would mean 3 out of  4 my top picks came from Friday Night Lights. And I don't love high school football all that much. So why do I love Seth? He was reading Michael Chabon in high school. He has that cute curly-haired thing going on and once loved a girl from Pittsburgh. He is the type of guy who would be romantic in a geeky way. He'd remember your favorite scene in a book and reenact for you. He'd score you autographed copies from your favorite author and buy you tickets to the band you love so much. He's jut the right amount of romance for me.

Coach Eric Taylor
Coach Taylor molds young men. He may mind when they knock on his door in the wee hours of the morning or when they date his daughter, but in the end, he just wants to help them out and put them on the right path to success. He'll cuddle on the couch with you with a glass of wine and probably rub your feet after a long day. He stands up for what is right and fair. He looks good in polo shirts and hats. I think if he wasn't so in love with Tammy Taylor, he would love to have a Librarian in his life.
Clear Eyes, Full Hearts, Can't Lose.

Josh Lyman
There is an asterisk next to Josh's name in the TV Boyfriend Bracket. Because he just kind of fell into this category because those who seeded it didn't really know what to do with him. Ideally, he should probably be in Get Shit Done. But I'll argue here that Josh is a Nice Guy. He is a champion for the little man. He got into politics because he wants to make a difference. He won't be so nice to you if your'e causing trouble up on the Hill, but it's because his heart is in the right place. He is wicked smart. His job is his life. He loves Democrats, he loves President Bartlet.
And I just want to love him.
(If you know anything about me, you should know that Josh Lyman is my ultimate TV Boyfriend. I love him so much. But I realize he has a polarizing personality. I tend to fall for those types anyway.)

So dear readers, who will you cast your vote for? Is there someone that was left out of the TV Boyfriend Bracket? Do you have issues with my picks? I'd love to hear your thoughts in the comments.

Posted by BrassyLibrarian at 8:34 AM